The 26th edition of the Moisson Québec Golf Classic, presented by Exceldor Cooperative, took place last August 29th at the prestigious Royal Québec Golf Club. After two years of an adapted formula due to the pandemic context, this year, the event was organized in its regular form, to the greatest pleasure of the 342 participants! Mr. René Proulx, President and Chief Executive Officer of Exceldor Cooperative as well as Honorary Chairman of the event, is extremely proud to announce that the Classic generated a record profit of $290,000 to respond to the increasing needs of the food bank.

The huge success of this event is made possible by the generous contribution of the numerous sponsors, partners, donors, and golfers who have the cause of food aid at heart. The exceptional work of the volunteers and the teams of Exceldor Cooperative, Moisson Québec and the Royal Québec Golf Club must also be highlighted. 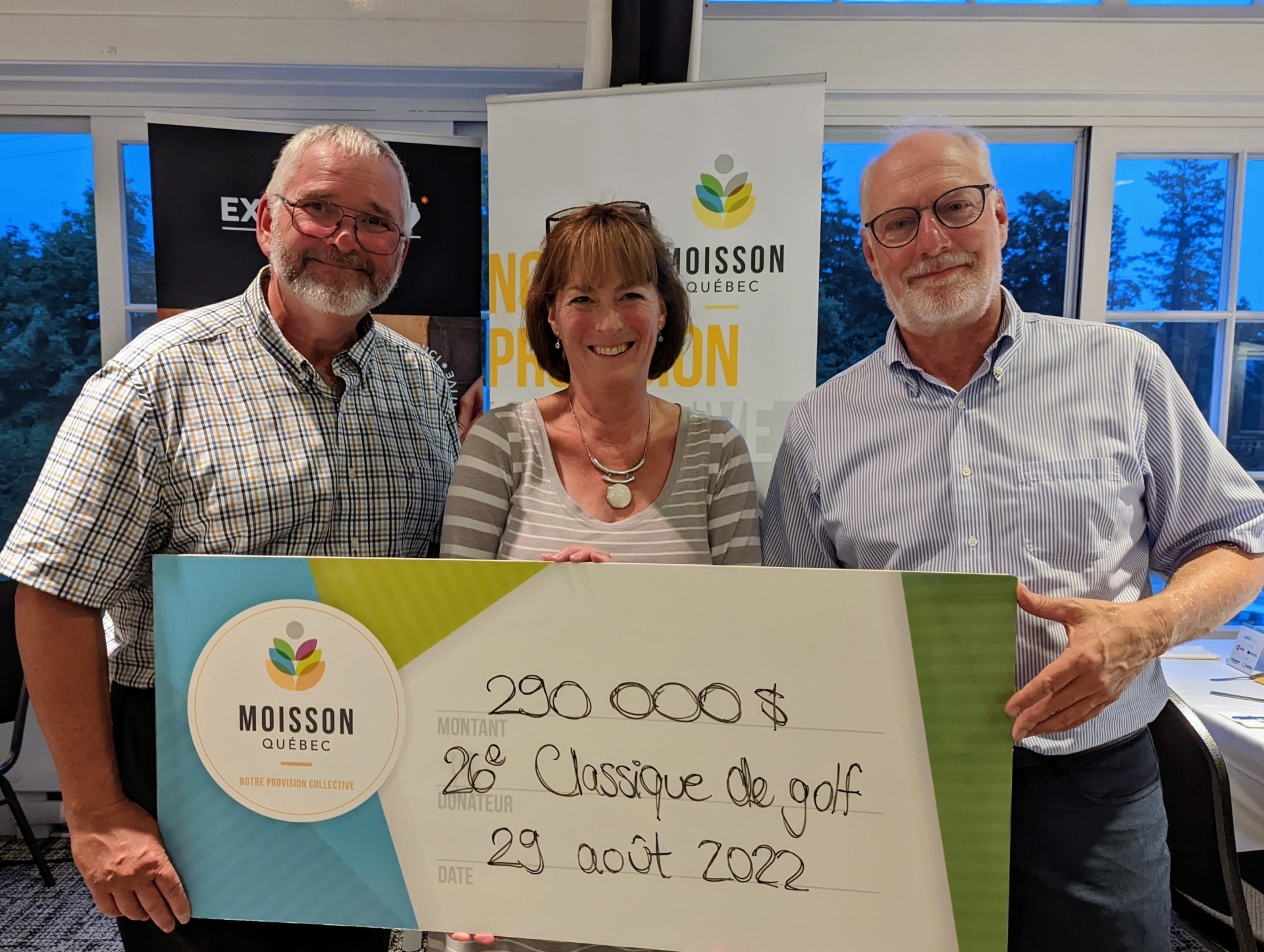 “We want to highlight the incredible commitment of Exceldor Cooperative and Mr. René Proulx, who became the Honorary Chairman of the event in 2010. Ever since, a total amount of $2,480,500 has been raised for Moisson Québec, the only food bank in the Greater Québec Area. It is for us a major support which is crucial for the food security of 63,000 people every month.” — Élaine Côté, Executive Director of Moisson Québec.

“In these peculiar times, the contribution of all is more than ever crucial to promote inclusiveness and to fight food insecurity which affects too many families. It is simply wonderful to see that our business network continues to positively answer the call, year after year.” — René Proulx, President and Chief Executive Officer of Exceldor Cooperative as well as Honorary Chairman of the 26th edition of the Moisson Québec Golf Classic.

Founded in 1987 to respond to some needs that were thought to be temporary, Moisson Québec has been, for 35 years, the only food bank in the Greater Québec Area. Its mission is to address food insecurity in order to improve the life quality of people facing difficult socioeconomic conditions. Moisson Québec in brief: 127 accredited organizations and 63,000 people who receive help each month, of which 40% are under 18.